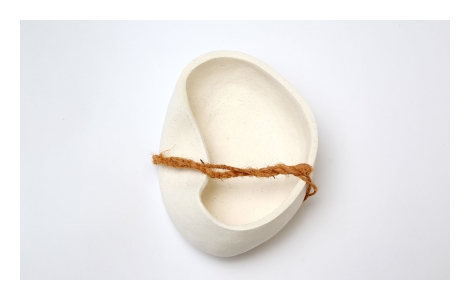 Primavera at the Museum of Contemporary Art, Sydney

We are delighted to be supporting the MCA's annual exhibition of young Australian artists aged 35 and under, Primavera, for the 4th year. Featuring the work of seven artists drawn from South West, South Central and South East Australia, Primavera 2015 opens to the public on 22 September. The artists in this year's Primavera extract earth materials, work with sound, video and installation and create assemblages reflecting strategies of survival and the revival of forms of cultural production. The exhibition is curated by Sydney-based Aboriginal artist Nicole Foreshew, 2015 MCA Curatorial Fellow.

Primavera 2015 sets out to map the shared connections between artists who differ from one another in life experience and the works they create. The artworks reveal, with a quiet urgency, the artists' experiences of being adrift or desembodied from parts of language, culture, heritage and histories.

Primavera 2015 curator Nicole Foreshew explains: 'The practices foregrounded in this exhibition, and the cultures and conditions of life, work and history that they emerge from, are situated within a broader experience of a resurgent 'Global South', within which peoples belonging to a diversity of cultures question received ideas of identity, culture and power.'

Foreshew adds: 'The importance of this extends to Aboriginal art-making in the 'South' or South Eastern region of Australia. There is a commonly held perception that cultural practices and activities have ceased, or have changed too much to have any value or visible relevance to broad audiences. Yet as the work of artists in this year's Primavera demonstrates, Aboriginal art practices emerging from the wreckage of first contact and generations of colonial impacts are assuming an increasingly important role in the continuation of our nation's cultural strength.'

Primavera was initiated in 1992 by Dr Edward Jackson AM and Mrs Cynthia Jackson AM and their family in memory of their daughter and sister Belinda, a talented jeweller who died at the age of 29. The exhibition commemorates Belinda Jackson by celebrating the creative achievements of talented young artists who are in the early stages of their careers.