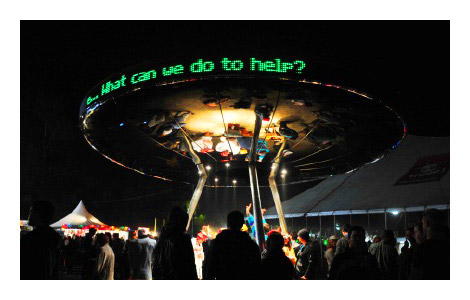 ABOUT THE NELSON MEERS FOUNDATION

The Nelson Meers Foundation is a private philanthropic arts foundation. We support organisations that produce innovative, engaging cultural programs, and those that utilise creative expression to promote individual wellbeing or to create positive social change. We prioritise projects and programs that build the long-term capacity of the organisation concerned.

The Nelson Meers Foundation was established in 2001 by businessman and philanthropist, Nelson Meers AO, and his daughter, Sam Meers AO.  We were the first 'prescribed private fund' (now ‘prescribed ancillary fund’) to commence operation in Australia. In 2005, we won the Australian Business Arts Foundation's Philanthropy Leadership Award. Since we began our funding program in 2001, we have funded over 100 innovative and diverse projects and over 70 different organisations.

The Nelson Meers Foundation is a family foundation, and our operations are overseen by an advisory board chaired by Mr Nelson Meers AO and comprised of family members and members of the community.

We strongly believe that private giving plays an integral role in ensuring the vitality and resilience of the Australian cultural sector and we actively advocate for greater opportunities for both the cultural sector, and for philanthropic giving, in Australia.