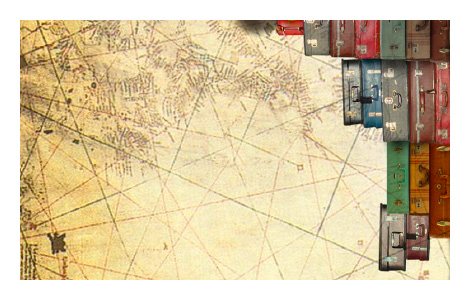 Legs on the Wall

Legs On The Wall has been invited by the Arts Council of England to create a spectacular outdoor performance with UK based, Motionhouse Dance Theatre.Taking place in Victoria Square, Birmingham.

Inspired by the circus, pop culture and his own Wiradjuri heritage, Australian artist Brook Andrew is world-renowned for his large-scale, site-specific, multimedia installations. Most will recall his playful black-and-white patterned jumping castle from the 2010 Biennale of Sydney, and his latest offering, Travelling Colony, promises to be an equally captivating and inclusive celebration of history, community and culture. “Just because you come from Sydney or the suburbs doesn’t mean you don’t have culture,” says Andrew, “and I guess Travelling Colony represents that.”

“The caravans represent the travelling museum or circus,” explains Andrew. “In a way, Travelling Colony is a comment on objects being collected and taken away from cultures; but it’s also about representing the traditional travelling circus people – the vagabonds and gypsies, those who are different, the outcasts.”

Drawn from traditional Wiradjuri designs and reminiscent of 1960s op art, the bold, zig-zag patterns adorning the caravans will not only be reflected in the costumes of the performers, but also transformed into psychedelic visuals projected across the walls and canopies of Hyde Park Barracks Museum, The Domain and St Mary’s Cathedral throughout the evening. “It will of course be very festive!” Andrew enthuses.

Following Festival First Night the caravans will take up residence in the foyer of CarriageWorks in Eveleigh as part of Black Capital, a new collaborative arts initiative working with the local Indigenous community. “I’m interviewing seven people from Redfern,” explains Andrew, “letting them tell their stories and showing them on TVs in the caravans. The interviews are really just personal stories. Some are political, others humble. I want to give people an idea of what Redfern is and of its history.” The casual conversational tone of the interviews is reflected in the interactive choice of installation: “You can actually lay down in the caravans, hang out and watch TV.”