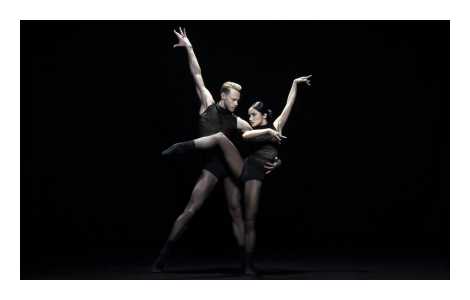 "Super sleek and sexy" is the catch phrase Sydney Dance Company uses to market this triple bill, a line taken from The Australian's 2011 review of Raw Models by guest choreographer Jacopo Godani. "Sex" certainly sells, but this is far too simplistic a phrase for the evening's outstanding work. Raw Models is a full and accomplished piece of contemporary art in which the dancers come into their own; their faces gleam with animal-like hunger and intensity as their leotard-wrapped bodies erupt in movement – large, grotesque and divine. William Forsythe's influence on Godani's vocabulary is clear, but this in no way lessens its originality and power. Godani has digested Forsythe's influences and uses them in his own powerful and unapologetic way.

The experience of watching this piece is like a seeing a futuristic sci-fi movie live, the marriage of its elements so perfectly measured to suspend our disbelief and take us into an entirely new world. Like all the best films, it is the sum of its parts which make it a success. The score by Ulrich Müller and Siegried Rössert, collaborators with Godani since 2006, is bold and dangerous. It is clear it grew with the piece from the outset, fine-tuned and adapted along the way to get the timing, mood and energy just so. One second off, and the atmosphere would be destroyed. But this never happens. Likewise Godani's lighting, which he uses as an editor cutting between scenes, building and releasing tension, creating the perfect pulse. So too his dancers, as each of the cast of seven fulfil their roles to perfection, eating and glorying in the material given them.

Rafaela Bonachela's impetus for 2 in D Minor is Bach's truly glorious Partita 2. In his program notes, he talks about interplay, "a conversation between the music and the movement, the violinist and the dancers" and thus places violinist Veronique Serret on stage where she provides a structural point of reference to the moving, gesturing, rippling bodies; but there is no interplay. He also talks in the notes about the complexity and detail of Bach's music, to which he responds on stage with an endless font of highly complex and intricate movement, and it all becomes a detailed blur. Benjamin Cisterne's lighting design is stylish, and slick. But personally I want to be moved by Bach, not impressed by style that looks like it comes from the pages of Wallpaper magazine. The seven dancers all do very well, but it is only in composer Nick Wales' electronic interludes that Thomas Bradley and Charmene Yap's solos succeed in portraying some deeply personal moments I expect Bonachela intended throughout.

L'Chaim! ("to life") is about celebration. This new work by Gideon Obarzanek, though it fills the stage with the entire company, is not. It has the feel of tertiary institution dance theatre where dancers are pushed to sing and talk, and we applaud their efforts. Here, with some of Australia's best contemporary dancers, it comes across as somewhat cringe-worthy. My feeling is Obarzanek's "line of enquiry" would be better served without writer/actor David Woods' words. Allowing the power of the bodies continually moving, stopping, redressing, regrouping and coming into a final folk dance juxtaposing all the "contemporary moves" with the simple joyous song and dance would speak so much louder. This way, we would have the chance to question for ourselves the journey and meaning of dance, what it is to dance, and whether we all should dance a little more.

Epilogue: Raw Models deserves to be elevated beyond the genre of contemporary dance as it is so much more. We so seldom see work of this quality in Australia that I intend to go several times!

Click here to read the original review in Dance Australia